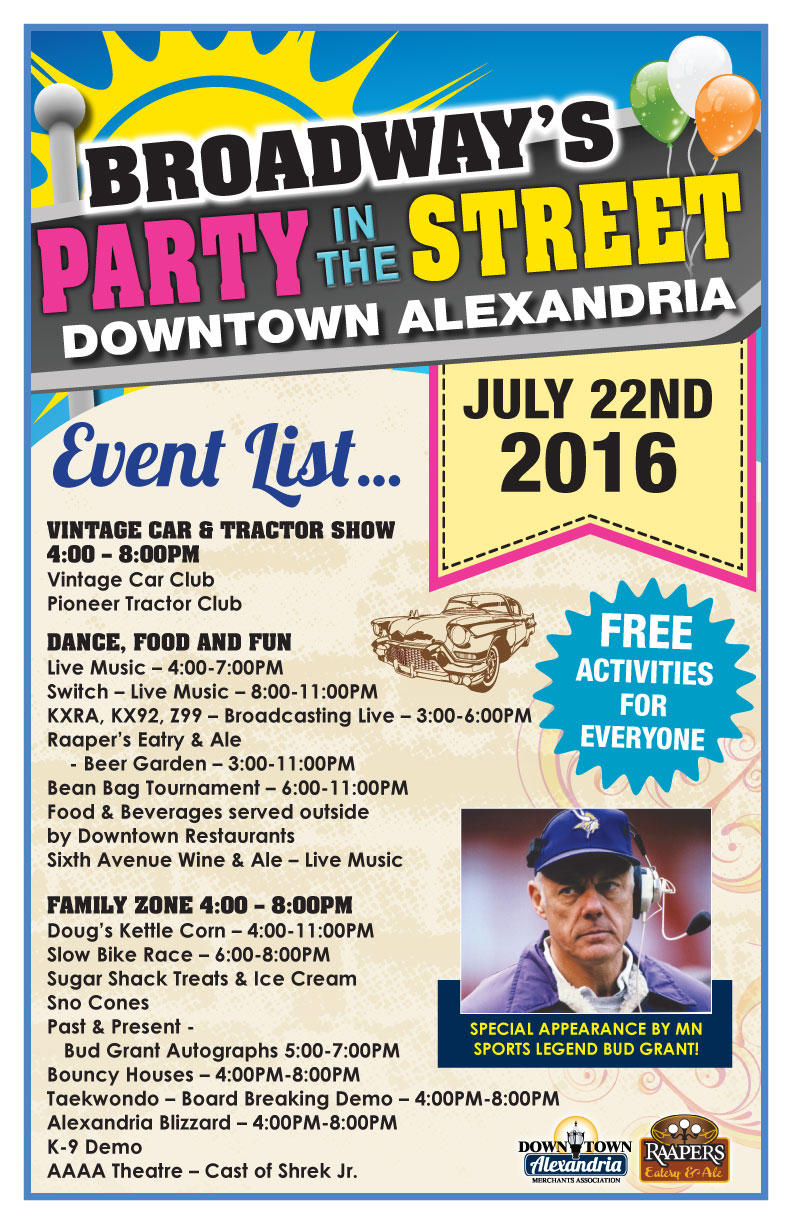 (Alexandria, MN) After receiving the official go-ahead from MnDOT, the Alexandria Downtown Merchants Association (ADMA) is going ahead with plans to host a third annual “Party in the Street.”

Friday, July 22nd several blocks in the downtown region on Broadway street will be blocked off for the celebration. (4:00pm to 11pm)

The original “Party in the Street” celebration was held on August 1, 2014 to mark the half-way point of construction being done on Broadway Street. Organizers and participants spoke loudly, saying in unison, “Let’s do that again!” and so last year the 2nd annual party was held. This will be the 3rd annual "Party in the Street" in downtown Alexandria. Because Broadway Street is a state highway (Highway 29) and therefore is regulated in part by the State of Minnesota, the final caveat was the approval by the Minnesota Department of Transportation for the group’s alternative traffic plan.

Formal activities begin downtown at 4:00pm with the opening of the beer gardens by RAAPER’s Eatery and Ale. Also starting at 4:00pm there will be a Vintage Car Show on the 400 block and the Family Zone opens up on the 600 block and runs from 4:00pm - 8:00pm. In between all of that, downtown restaurants will also begin serving food outdoors at 4:00pm.

Although the food and beverages are available for purchase, there are a host of activities that are free of charge. Within the Family Fun Zone there will be bouncy houses, a “SLOW” bike race, and much more. There will be live music on the street from 4:00pm - 7:00pm, capped off by the featured band “SWITCH” (8:00pm - 11:00pm).

There will also be a Bean Bag Tournament on the 500 block.

Several downtown shops will be open during the early part of the evening.